LOCKDOWN IS NOT A NEW IDEA

Revd Maureen Pickering, commenced her sermon on Sunday morning with the following words:

"Following years of austerity, a horrendous epidemic swept through the City killing thousands of the weakened population. There was no medicine to fight it, and no defence against it.
The City was Chester in 1647, soon after the end of the Civil War.
When the plague arose, one family believed they could stay alive if they and their servants isolated themselves in their house until it was over. They were right. Thousands died, but they survived. They showed their thanks to God by inscribing it right across the front of their house, at 9 Watergate Street. It's still there." 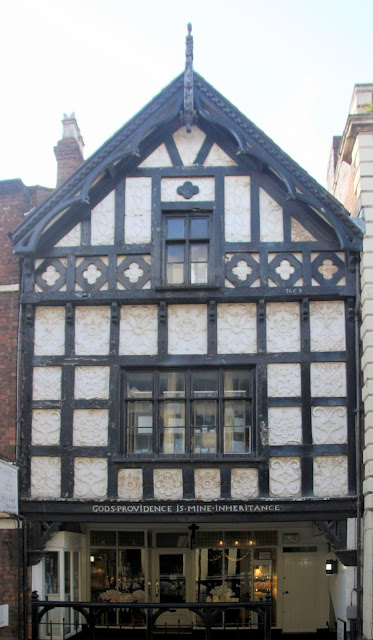 'God's Providence is Mine Inheritance'

Posted by St Mary Without-the-Walls at 11:20