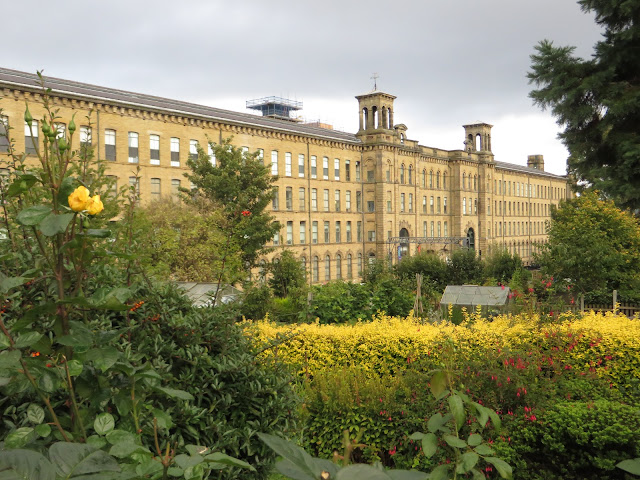 39 parishioners and friends from St Mary's had a very enjoyable coach trip on 7th October to Saltaire in West Yorkshire. Saltaire was created by Titus Salt in the 1860's and is now a UNESCO World Heritage Site. 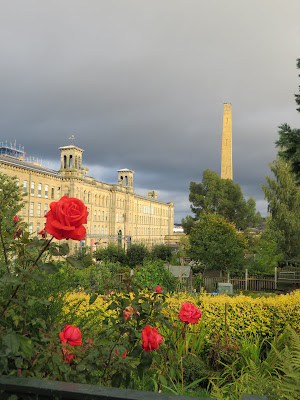 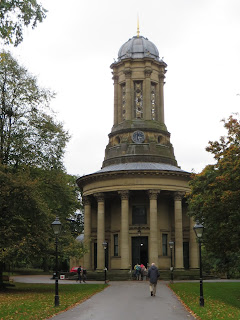 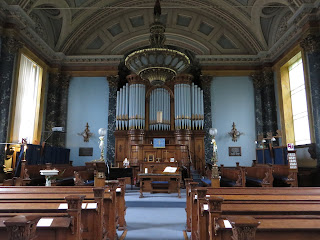 On arrival, we had a tour of the village led by Maria Glot from Saltswalks, who showed us the different housing occupied by the workers, depending upon their status. Maria had identified mill workers from the 1861 census and where they lived, and we were each given a "part" to play. Some were shown the house where they and their family would have lived back in 1861. 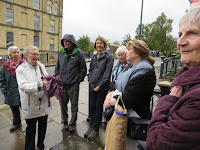 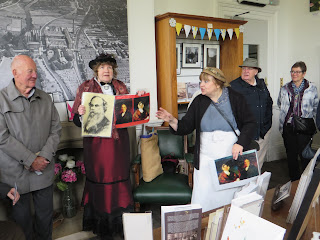 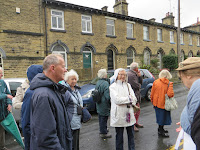 The rest of the day was free to explore. Some spent their time in the mill where there were food and retail opportunities as well as an exhibition of photos taken before the mill closed in 1986. There was also an exhibition of paintings by David Hockney, who celebrates his 80th birthday this year. Fresh air and a tram ride was taken by others. 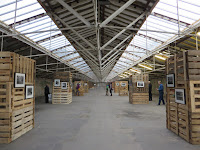 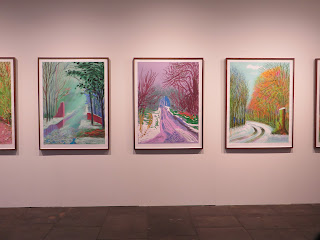 David Hockney paintings in Salts mill, together with the photographic exhibition in the former weaving shed.

Posted by St Mary Without-the-Walls at 20:36